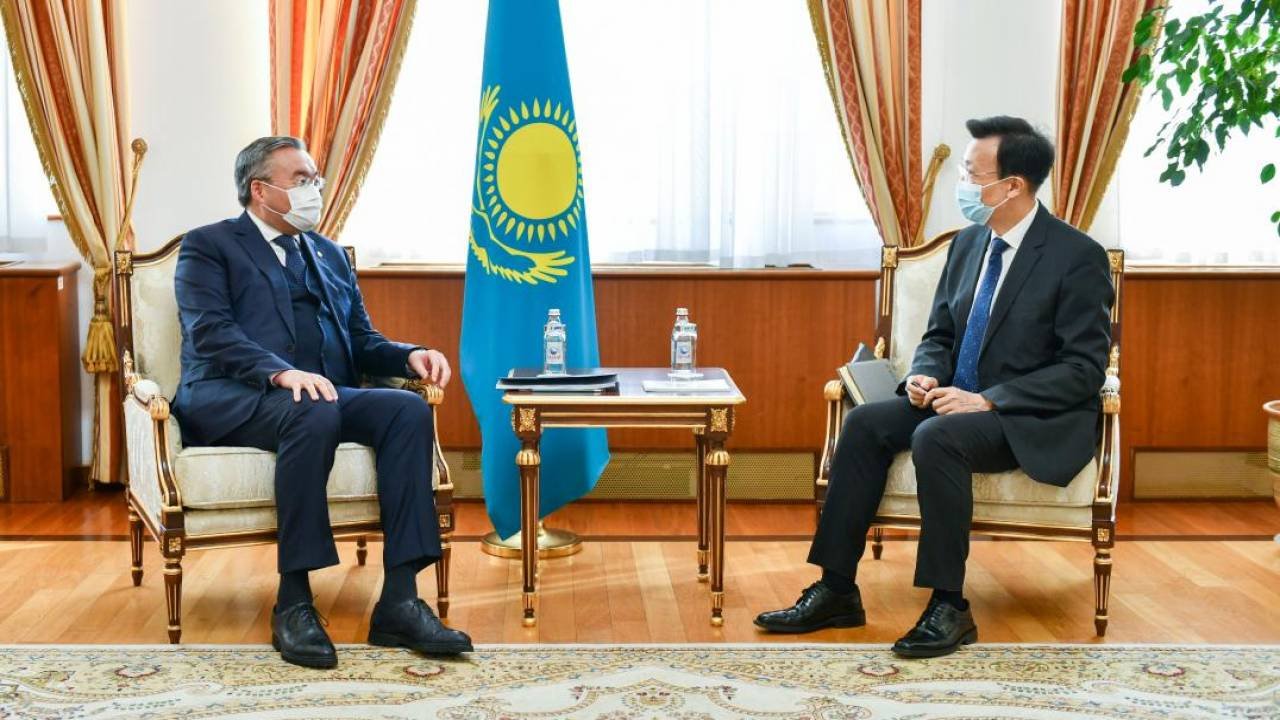 Deputy Prime Minister – Minister of Foreign Affairs of Kazakhstan Mukhtar Tleuberdi met with the Ambassador of the People’s Republic of China to Kazakhstan Zhang Xiao, according to zakon.kz.

The parties discussed the progress in the implementation of the agreements reached at the highest and high levels, as well as measures to further intensify relations in the post-pandemic period, according to the website of the Ministry of Foreign Affairs of the Republic of Kazakhstan.

The issues of interaction within the framework of multilateral structures such as the UN, SCO and CICA, as well as cooperation in the “Central Asia – China” format were also considered.