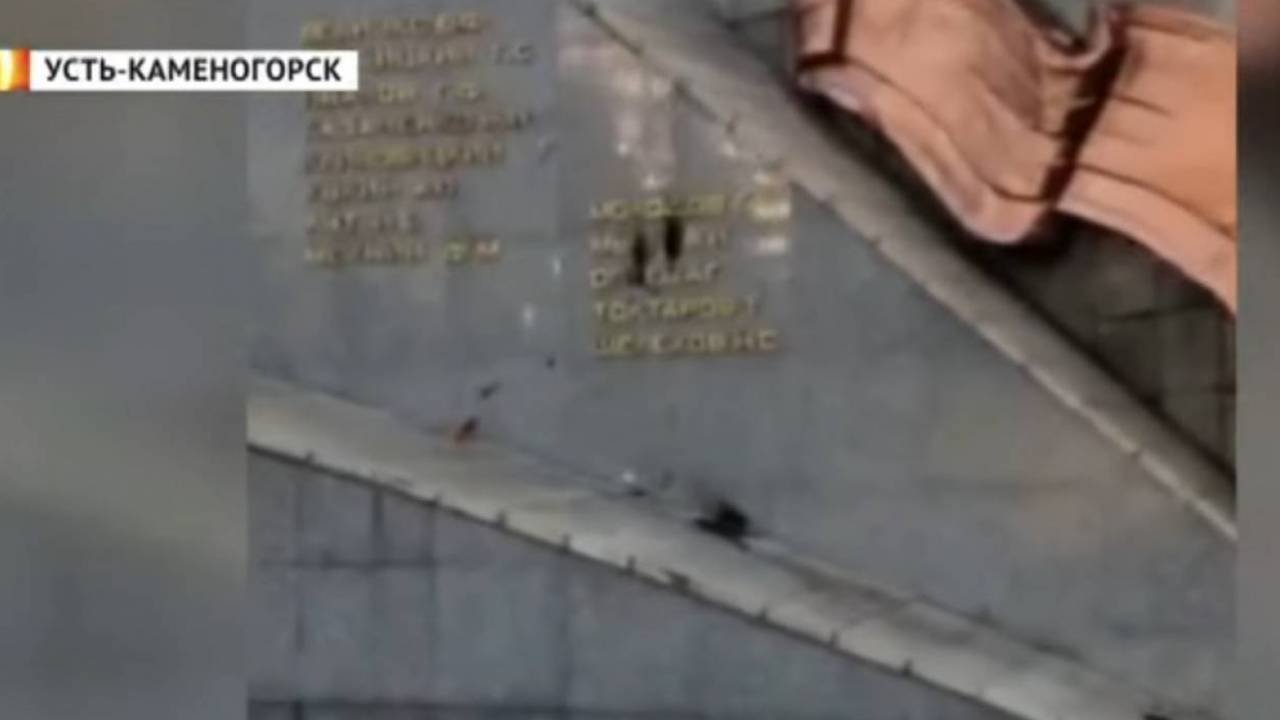 Found vandals who desecrated the monument to the heroes of the Great Patriotic War in Ust-Kamenogorsk. They turned out to be a brother and sister of nine and eleven years old, reports zakon.kz.

The children first set fire to artificial flowers and wreaths in the Eternal Flame, and then tried to extinguish them against the wall with the names of the front-line soldiers and spoiled the letters, the First Channel “Eurasia” reports.

Earlier it was reported that if the hooligans are found, they face a fine, or arrest for 40 days, or community service. But such measures cannot be applied to children. The police interviewed the parents. They, however, will probably have to answer under an administrative article for the fact that they have poorly brought up their children.