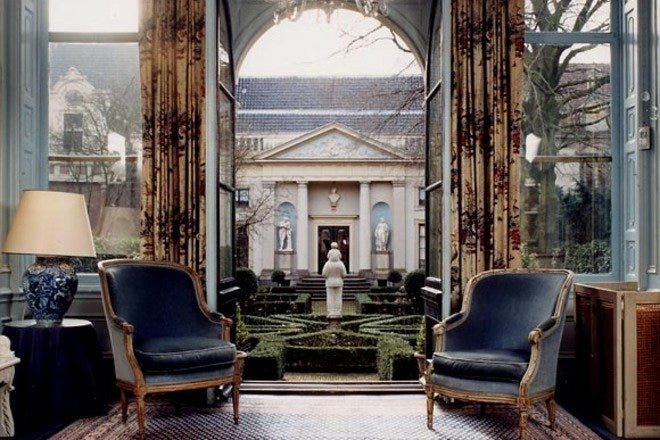 Some say that walking around Amsterdam is like walking through a large open-air museum. There are so many things to see and historical places to visit that we recommend planning your trip carefully. Fortunately, most of the historical sites are close to each other in the old city center.

Every city has its own feel and atmosphere, which is determined by a number of factors. Local historical sites are undoubtedly one of the biggest contributors to the aura that surrounds a city. While in Amsterdam, users recommend visiting the Anne Frankhuis in the Jordaan area to get a feel for what really makes up the city.

Another beautiful area to experience and walk are the most famous canals: Prinsengracht, Herengracht and Keizersgracht. Here you will find unique museums Willet-Wolthuysen and Museum Van Loon. If you’ve always wanted to know what a 17th-century canal house looked like from the inside, these museums are two historic sites not to be missed.

In the evening, the Tushinsky theater is ideal for a night out. This cinema is located in an old art deco theater and watching one of the blockbuster movies there is a completely different experience.

If you travel to the airport by train, plan extra time to check out Amsterdam’s beautifully renovated central station.

Lots of historical places in Amsterdam! This list will give you some guidance on where to go.

One of the main transport hubs of the Netherlands, Amsterdam Central Station is a hub of activity. Trains, trams, taxis, buses, ferries and subways – you name it; this station takes people where they need to go. Although many visit Central Station every day, the beauty and history of the building is often lost in the hustle and bustle. The building, designed by Pierre Cuypers and AL van Gendt, was opened in 1889. The station is located on three artificial islands. Wooden piles support the structure because the base is sandy soil. Centraal Station is an amazing attraction that plays an important role in Amsterdam’s past, present and future.

is recommended for Historic Places because: After years of restoration, the Central Station in Amsterdam is finally looking beautiful again.

Anne’s expert advice: Go for a coffee at the cafe above the train tracks! 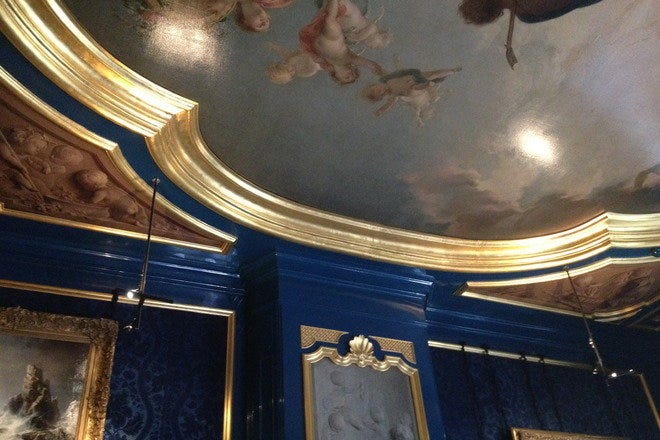 A grand, elegant house built in the late 17th century, this museum showcases the richness of the generations, as well as the various styles of decoration that have been popular over the last few centuries. The last owner of the house, Louisa Holthuysen, bequeathed the residence to the city in the late 19th century with the condition that it be turned into a museum. These days, the beautiful interior, gardens and art collection are fascinating glimpses into Amsterdam’s past and the lives of its wealthy residents. Once a year, the Willet-Holthuysen Museum opens the garden to the public and hosts tours that tell all about the unique very old inner gardens of the canal houses.

is recommended for Historic Places because: Discover the rich history of rich people on the canals of Amsterdam at the Willet-Holthuysen museum.

Anne’s expert advice: This museum has changing exhibits worth checking out.

Read more about the Willet-Holthuysen Museum → 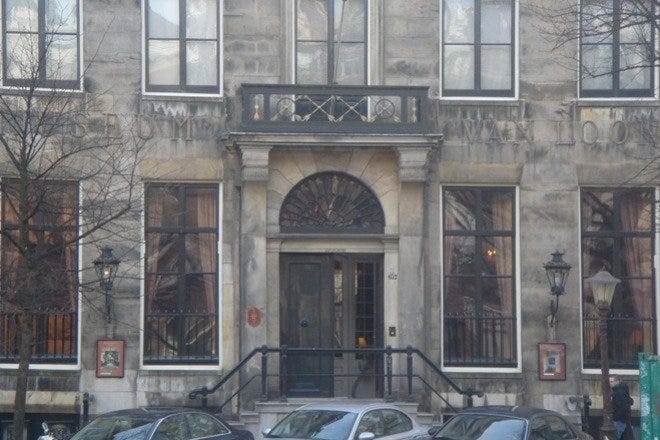 This elegant, beautifully decorated canal house dates back to the late 17th century and is a virtual time capsule of decorative arts, family treasures and the city’s history. Purchased in 1884 by the Van Loon family (one of Amsterdam’s foremost dynasties), the house was filled with their portraits, objects and belongings. Established as a museum in 1974, the canal house has been painstakingly restored and its interior and landscaped grounds are open to history buffs, architecture and design enthusiasts alike. Private tours are available at an additional cost. The Van Loon Museum is the best museum in Amsterdam if you want to see the interior of an original canal house.

is recommended for Historic Places because: One of Amsterdam’s most unique museums, presenting the rich history of canal houses. 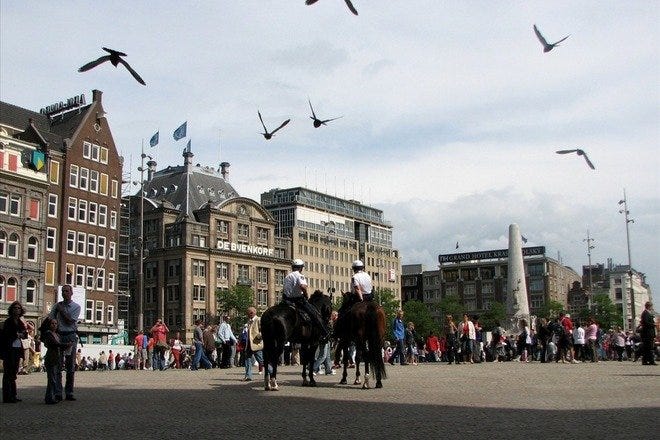 Head to Rooftop Square and enjoy the constant hustle and bustle. There are many attractions in the square, including the Royal Palace, National Monument, Madame Tussauds, etc. Take a tour of the Royal Palace; admire the beautiful architecture and elegance. In addition, the Royal Palace is still used by the monarchy for state functions, ceremonies and other receptions, so you can experience not only the history, but also the here and now, contemporary affairs. Be sure to check the opening hours. The National Monument, located on the other side of the square, is a monument to the victims of the Second World War, as well as a symbol of freedom and peace. The dam also hosts many events such as celebrations, fairs and memorials. It is not to be missed as it is less than a kilometer from the Central Station.

is recommended for Historic Places because: Home to the Royal Palace, the Nieuwe Kerk and the National Monument, there’s always something going on at Dam Square.

Anne’s expert advice: As the roof is always busy, watch out for bicycles, trams and cars. 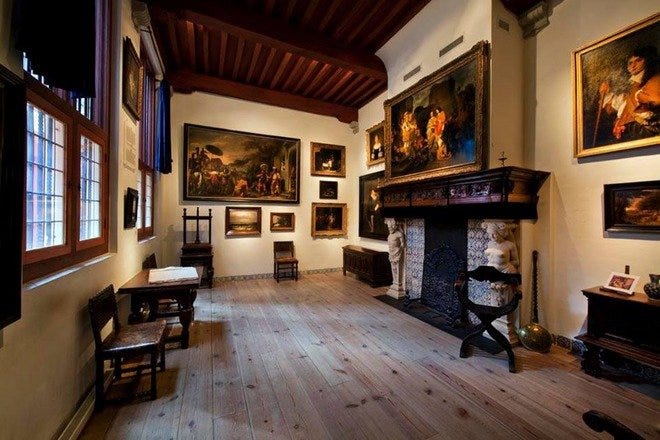 Take a behind-the-scenes look at famous Dutch artist Rembrandt van Rijn. Visit The Rembrandt House, where you can explore the space he called home from 1639 and 1658, as well as his studio. This historic building is made up of memorabilia and is home to numerous artworks, including several of his works. more famous masterpieces were created. The interior has been updated to look as it did in Rembrandt’s time. Plus, you’ll see some of Rembrandt’s etchings on display (they rotate). Don’t forget to admire the fantastic works of art by both Rembrandt and his teacher, students and contemporaries. Finally, you have the chance to learn etching techniques and how to make paints.

is recommended for Historic Places because: Rembrandt House allows visitors to explore the home where famous Dutch painter Rembrandt van Rijn lived and worked for 20 years.

Anne’s expert advice: Plan your visit around one of the etching or paint-making demonstrations 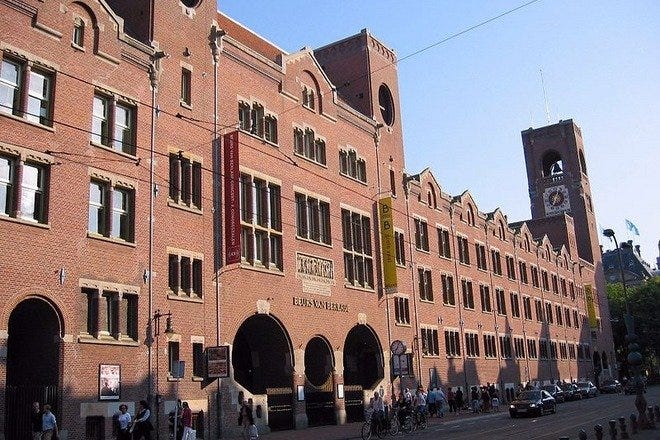 Designed by Hendrik van Berlage, this structure originally housed Amsterdam’s Stock Exchange. Depicting the transition from 19th-century to 20th-century architecture, a substantial building shows construction techniques, even using them as decoration. Berlage was, in fact, an aesthetic contemporary of Louis Sullivan and Frank Lloyd Wright. These days the building is used as a conference center and also has gallery space. If you choose to climb to the top of the structure’s tower, you will be rewarded with incredible views of the city. Beurs van Berlage is located in the middle of the city center and is the perfect start to a day exploring Amsterdam.

Anne’s expert advice: Climb to the top for a spectacular view over Amsterdam! 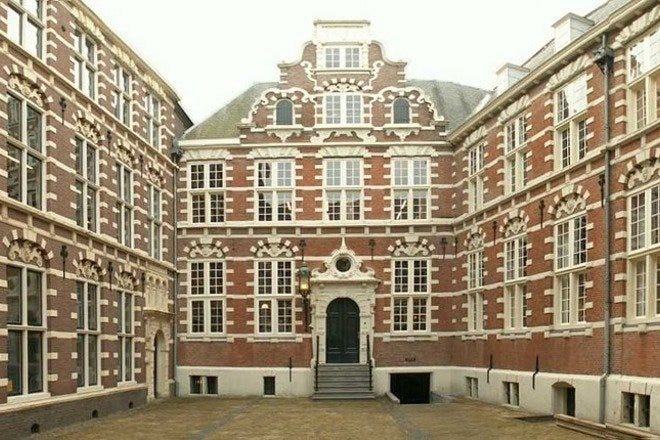 Visit the former headquarters of one of the most powerful companies in history, the Dutch East India Company (Verenigde Oost-Indische Compagnie, or VOC in Dutch). Founded in 1602, the main purpose of the company was to trade with Asia. The East India House, probably designed by Hendrick de Keyser, was home to meeting rooms, administration and storage. The building represented class and luxury. When the VOC closed in 1799, government agencies occupied the building. Currently, the building, which is a national monument, is used by the University of Amsterdam. Today you can relax in the peaceful courtyard or walk the corridors and admire the many paintings.

is recommended for Historic Places because: The Dutch have a rich history of the Dutch East India Company, and the Oost-Indisch Huis is one of its most important relics.

Anne’s expert advice: I studied at the university for years! You can enter the courtyard and see. 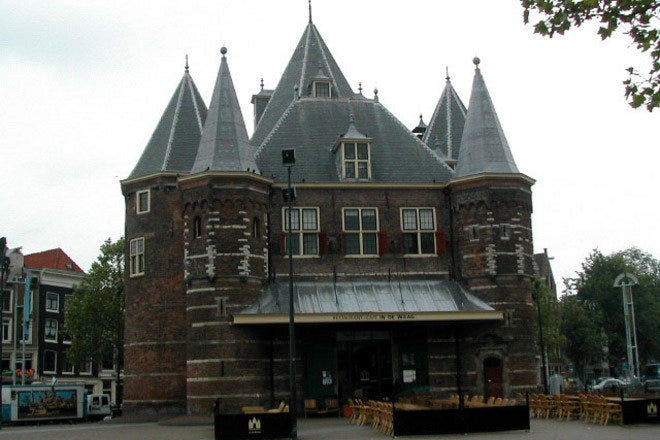 Many of Amsterdam’s historic buildings have been used several times over the centuries, and this towering building on Nieuwmarkt Square is no exception. First, it was built as a gate to the fortified walls of the city, then it was turned into a “weigh house” where goods brought by ships from abroad were weighed. In later years it served as a guild house for local trades and also became a museum, fire station and more. In its latest incarnation, Waag hosts a well-received café-restaurant as well as a venue (a former anatomy theater) for various types of exhibits. Waag is located in the Chinatown district of Amsterdam. A great place to go for Chinese food afterwards.

is recommended for Historic Places because: De Waag is a beautiful historic building with a rich history. It is an iconic building in the Chinatown area of ​​Amsterdam.

Anne’s expert advice: There is a farmer’s market in front of De Waag on weekends. 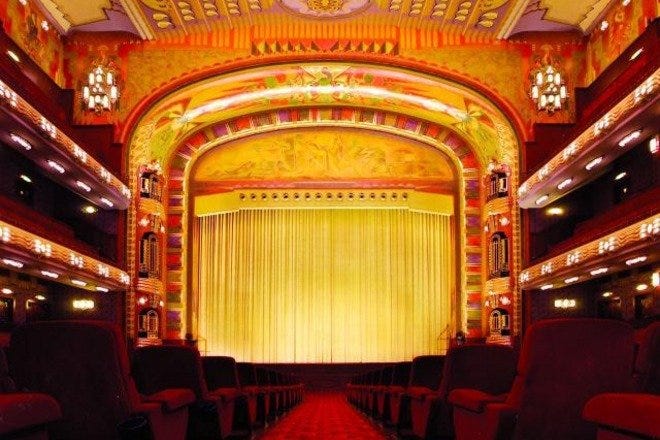 Circa 1921, this whimsical and extravagant theater is a wild leap into creativity, an Art Deco exploration of color and form. Named after the Jewish tailor who designed and financed the structure, the cinema is a spectacle of stained glass windows, exotic woods, handmade carpets and painted murals. The theater, which was completely restored in April 2002, is not only a bit of a return to history, but also a memorial to Ibrahim Tushinsky, who created the building and was killed in a concentration camp. Movies are still shown today, but even if you’re not into one, pop into Tushinsky for pure visual appeal.

is recommended for Historic Places because: Undoubtedly, the Tushinski cinema is the most beautiful theater in Amsterdam.

Anne’s expert advice: Book a love seat and you’ll have the best night with your date. 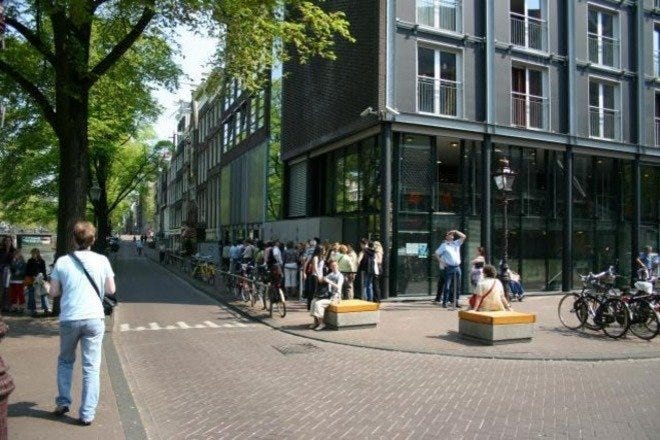 Thanks to her diary, the story of Anne Frank hiding from the Nazis is a famous historical event. Nevertheless, visitors to the actual building where he, his family and friends hid during the German occupation will be immediately struck by this tangible reminder. The once hidden rooms still contain memories of the era and the fascinating presence of those who spent two years of their lives hidden behind the walls, dreaming of ultimate freedom. Although only Otto Frank, Anna’s father, realized this hope, the experience of the rest will never be forgotten. Arrive early or late to avoid lines at this humongous site.

is recommended for Historic Places because: The story of Anne Frank is one we should never forget. The Anne Frank House is a unique place to visit and remember.

Anne’s expert advice: My name is Anna, and since I was a little girl, the story of Anne Frank has made a big impression on me.