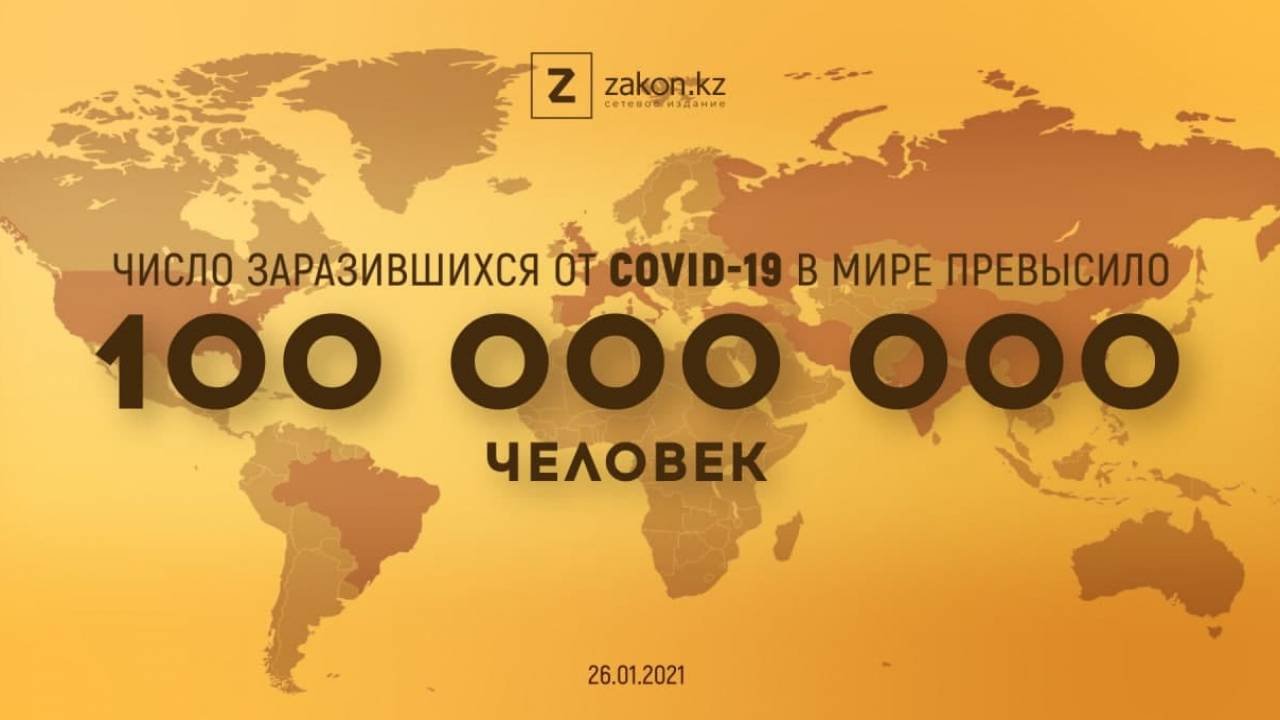 The number of confirmed cases of coronavirus infection in the world has exceeded 100 million, reports zakon.kz with a link to the Worldometer portal.

As of January 26, the number of deaths exceeded 2.144 million. The leaders in the number of infections are the United States, India, Brazil. Russia is in fourth place.

According to the portal Worldometer, which specializes in statistics on the most important world events, the death rate per 1 million of the world’s population was 274.4 on Monday morning. In the USA, 1,293 people died per 1 million inhabitants, in India – 111, in Brazil – 1,017.

Against the background of increasing infections and mortality in the world, a “war of vaccines” unfolded and the question of “vaccination passports” arose.